In 2001, I was involved in porting Linux to a new PowerPC-based hardware platform. Big IBM iron, formerly called AS/400, running solely OS/400, was coming out as iSeries which could run Linux virtualized. The porting effort took a whole summer, and resulted in several pioneering achievements I was proud of:

- the first VNC-based remote installation ever. This new technique quickly became commonplace for Linux,
- a bootloader that communicated with the virtualized host OS,
- tools to remote-control OS/400 to start, stop, configure Linux instances,
- a terminal detection, initviocons, using terminal escape sequences to find out which terminal is used,
- the ability to play hangman during the installation.

The collaboration with IBM was brilliant. This was the first Linux distro to come out on this platform; we were fast, and a series of Enterprise distributions quickly followed in the following years.

The year after (2002), I spent a while in Rochester at IBM, co-authoring a book about Linux on iSeries. Amazon link. PDF. 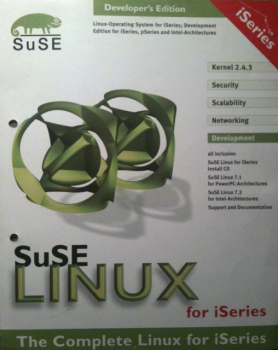 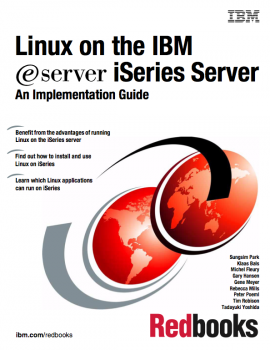